Non-motorized transport (NMT) encompasses the most fundamental of transport options: walking, bicycles, tricycles, and other human powered vehicles. NMT modes cause the least pollution, use the least road space, and consume the least amount of nonrenewable energy. Moreover, the viability of public transport systems is significantly enhanced by accessible NMT links to key origins and destinations.

Non-motorized transport (NMT) is the dominant travel mode in Nairobi Metropolitan Area, with 40% of commuters walking especially the poor who find public transport expensive. Public transport services are mainly road-based and rely heavily on the paratransit sector. Public passenger transport is operated by the private sector, mainly low-capacity minibus vehicles called matatus, they are used for 29% of trips in the urban area. Buses run on the same routes and in the same manner as matatus (10% of trips) the private cars (15% of trips) and two wheel vehicles (boda bodas) are used for 5% of trips. 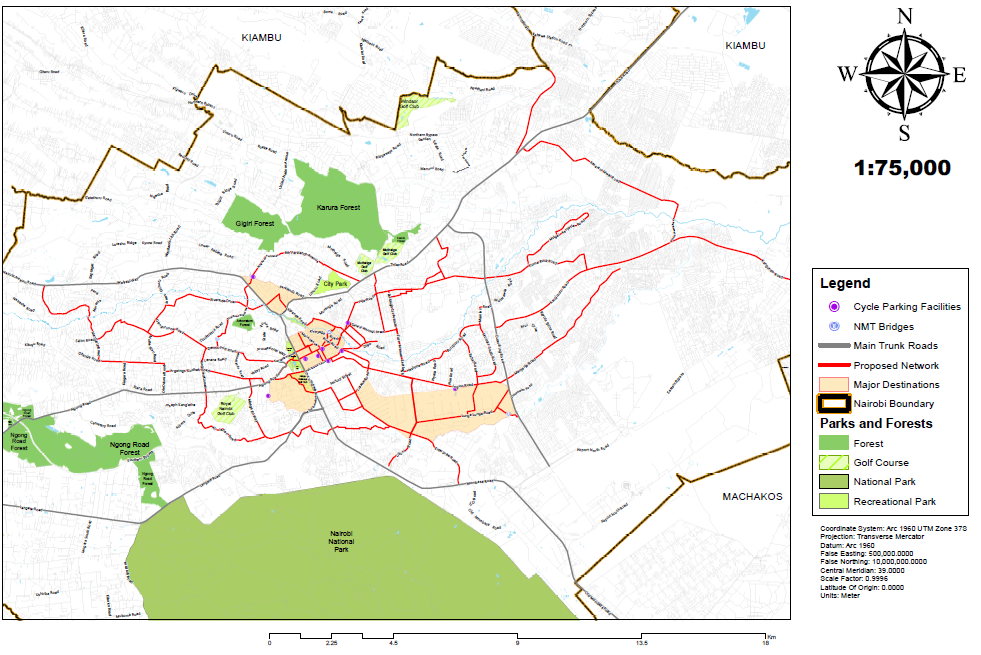 NAMATA is the body mandated to coordinate transportation across the Nairobi Metropolitan Authority, and is therefore charge of co-ordination of NMT Provision Across Various Stakeholders. This would ensure that there is no duplication of effort across the board. The NMT project is currently under design, with the designs being at a final stage. The project covers roads in a wider area within the Nairobi Metropolitan Area.