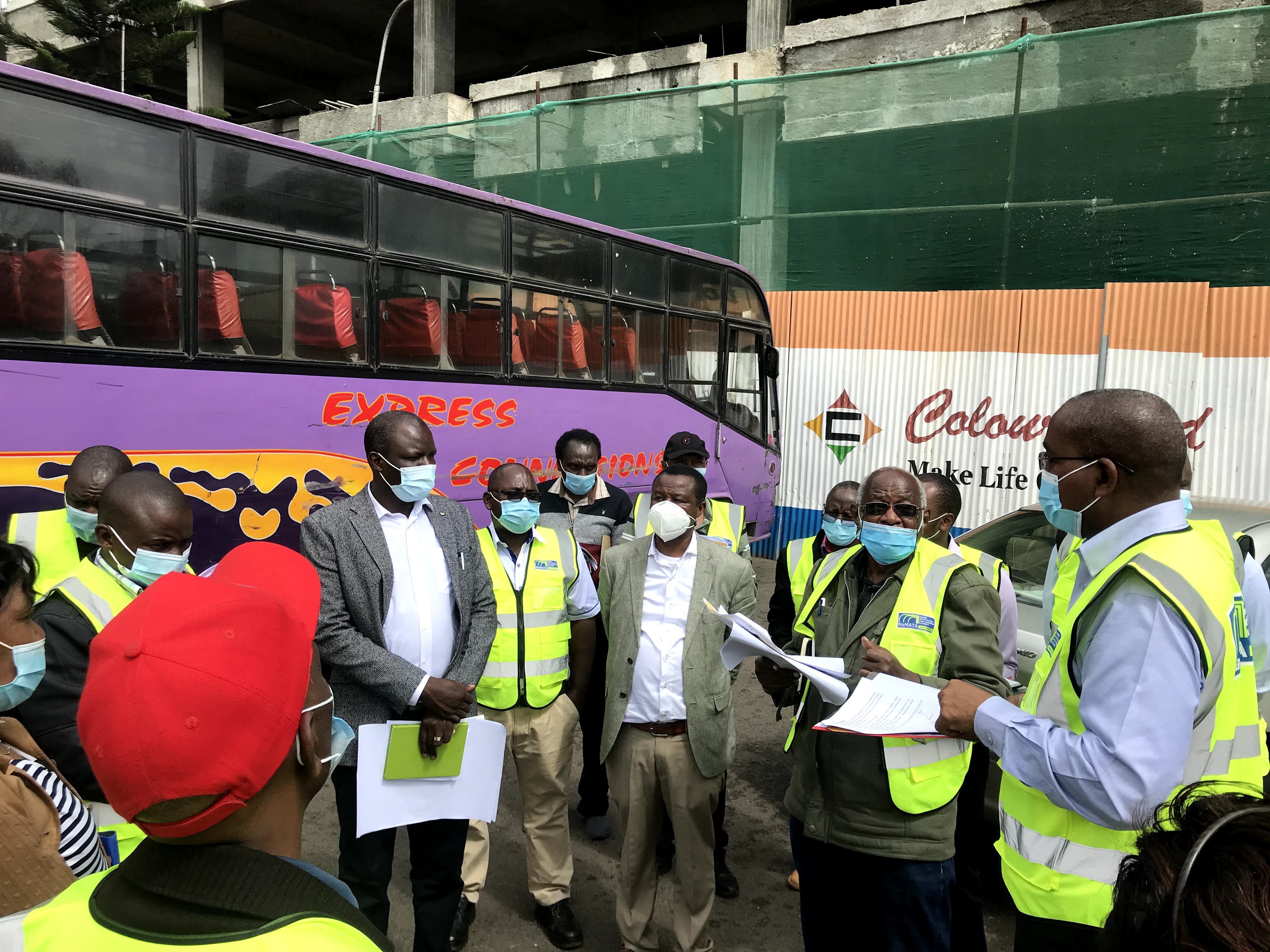 On 12TH February 2021 NaMATA organised a stakeholder sensitization field visit to the ongoing Pilot BRT project along Thika Super Highway for members of the following organisations:

The team then moved along Hospital Road, Ngong Road onto Haile Selassie Avenue where a BRT station will be built at the Kenya National Library to integrate the library services and Public Transport as well as serving the Community area’s many commuters.

The team then moved to Moi Avenue, Mondlane Street Tom Mboya Street and then to Muranga Road.
Priority traffic signals will be installed at Pangani to allow the BRT buses to move unimpeded into the tunnel.

The two media lanes along Thika Super Highway will be converted into median BRT lanes.
At Safari Park the team saw how the existing pedestrian footbridge was being converted into a median BRT station on both sides of the bridge. The stairs and station are being fabricated locally in Industrial Area.
At Kasarani Stadium the team saw the ongoing works for the Park & Ride facilities and the maintenance building for BRT buses.
Members expressed joy that what started being discussed in 2013 is now coming to be. NaMATA has been working with the Matatu industry since 2018 when they formed the Federation of Public Transport Sector (FPTS) out of six umbrella Matatu organisations to work with the Government in transforming public transport.
NaMATA has worked with KEBS in developing National Standards for BRT buses in Kenya. 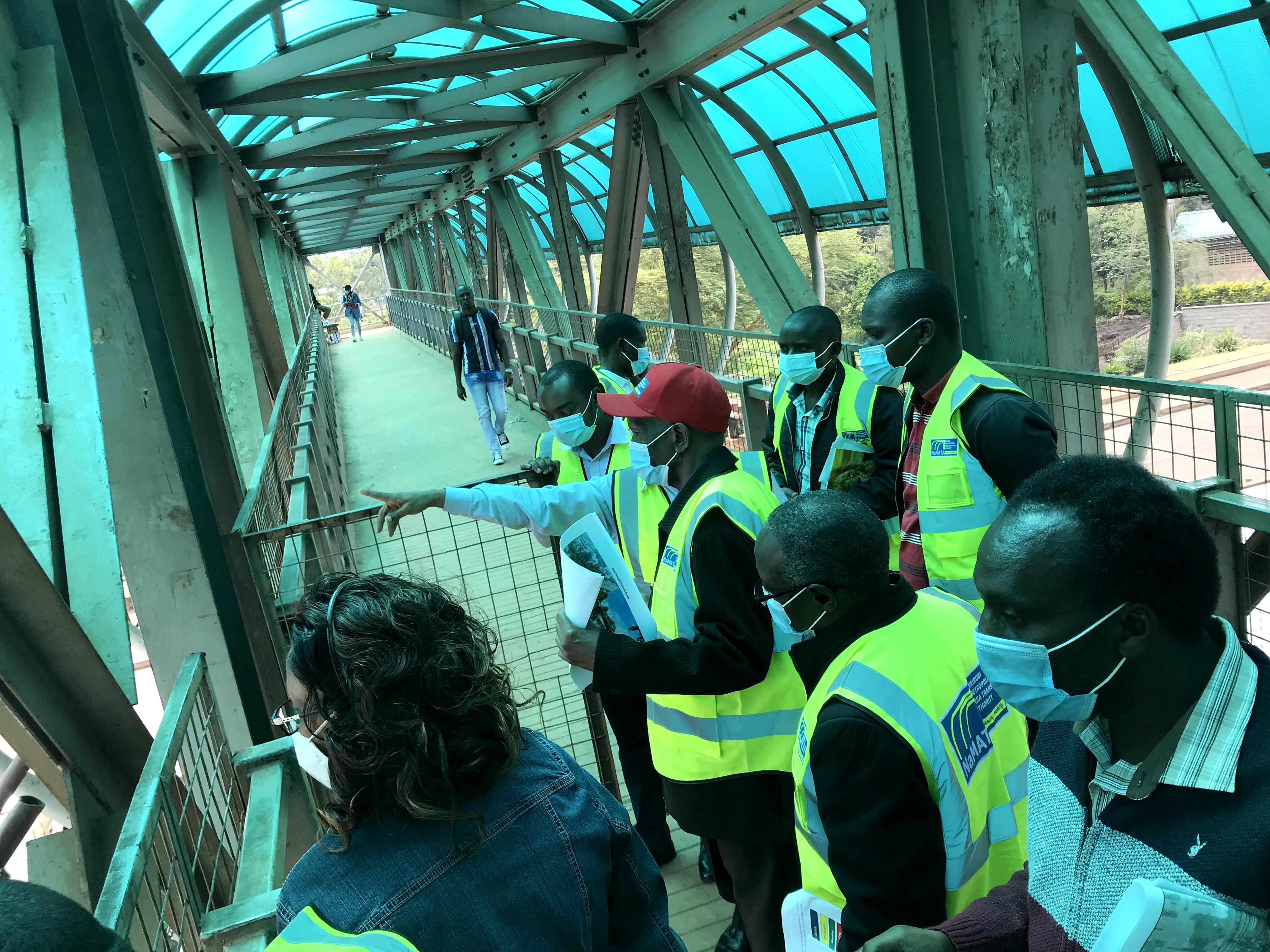 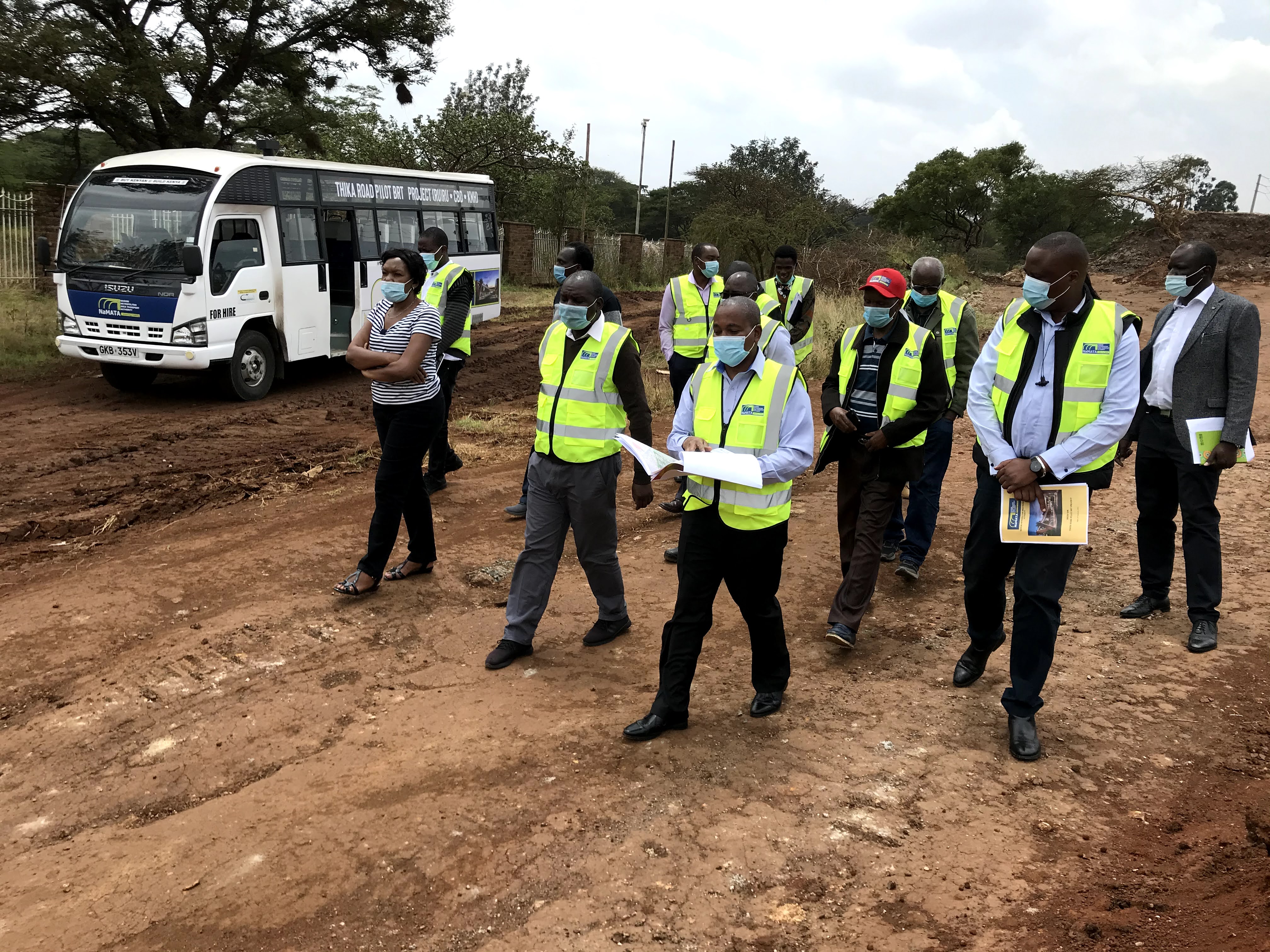 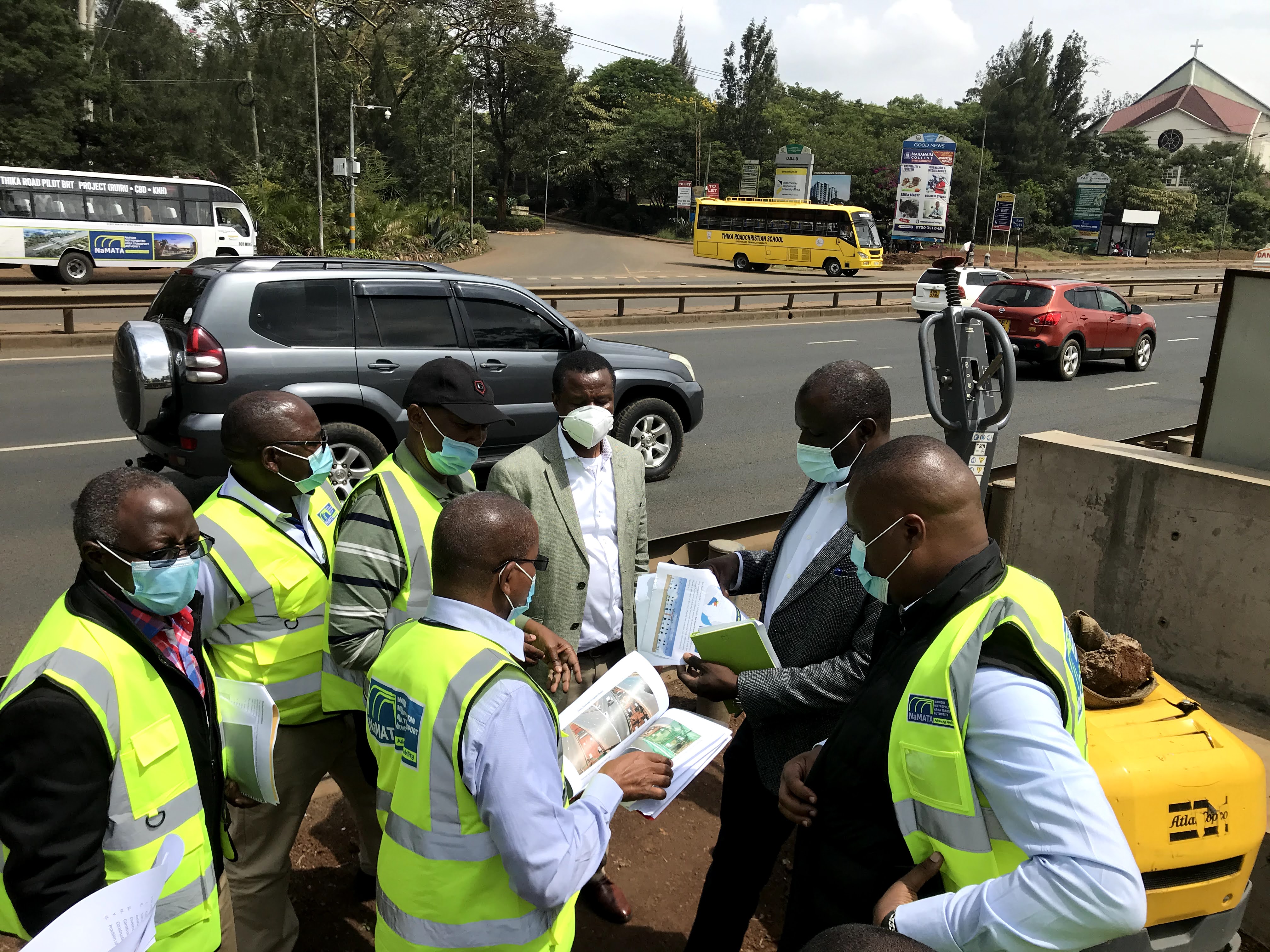 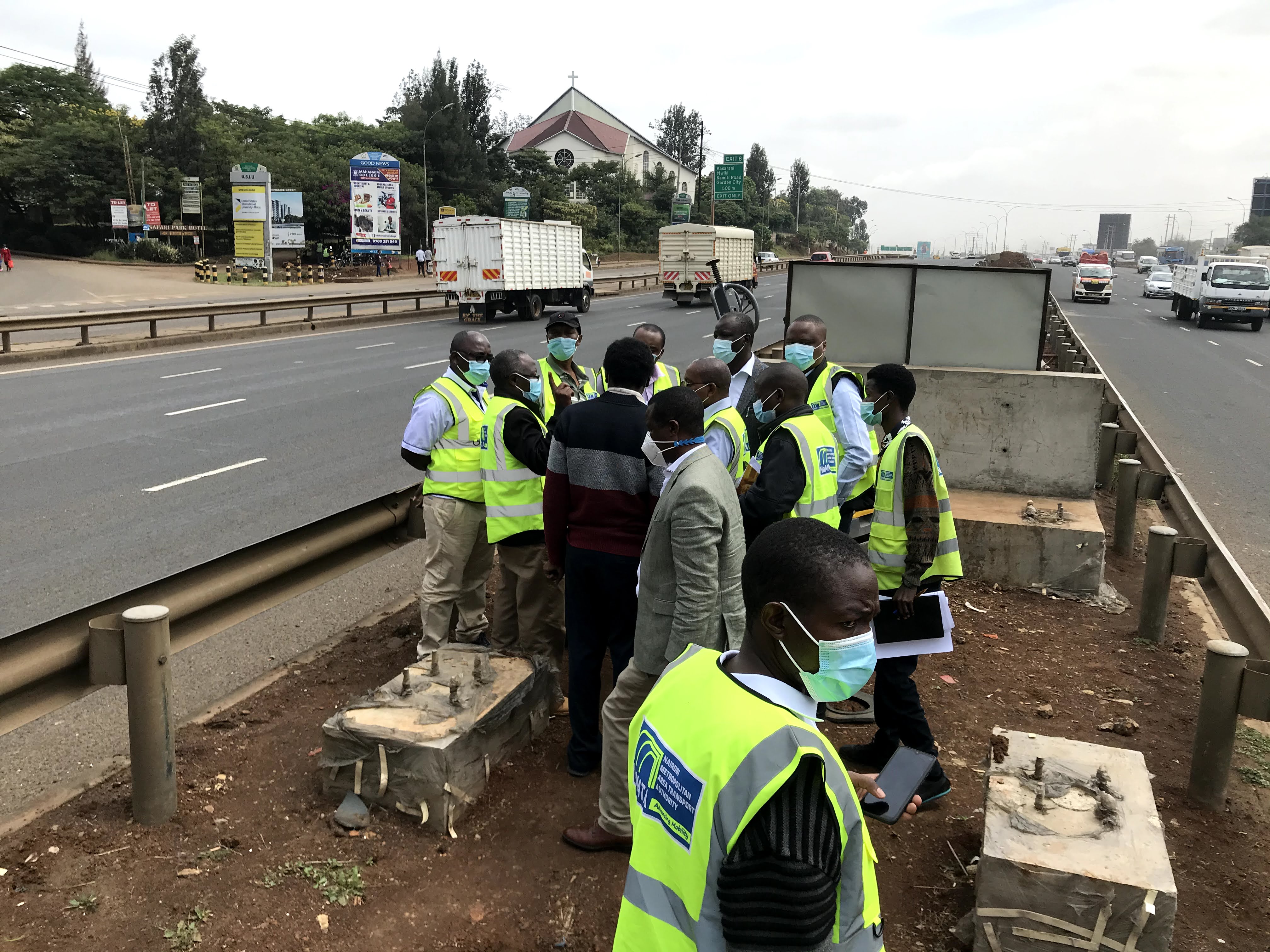